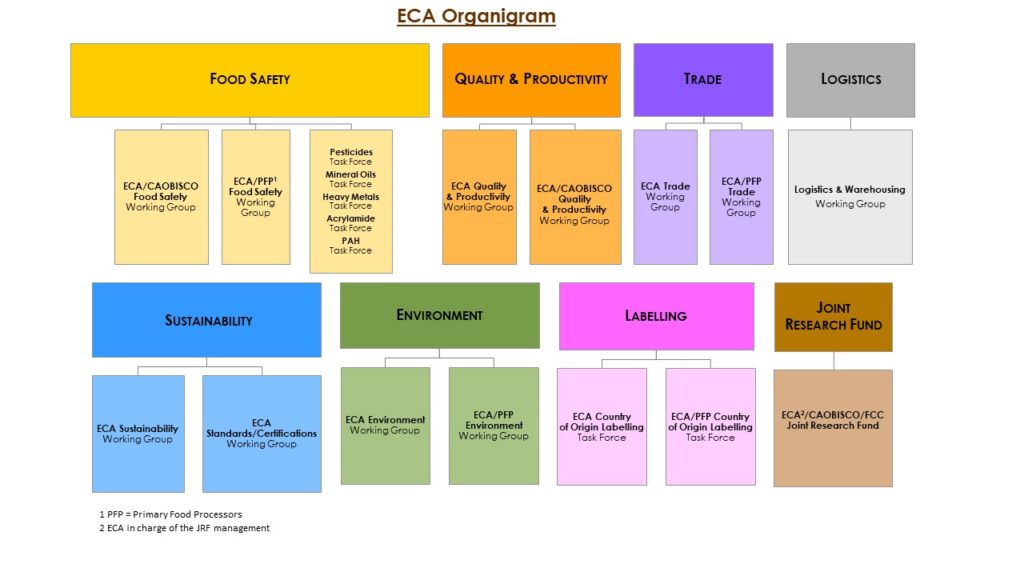 The ECA Working Groups (WGs) and Task Forces (TFs) are composed of ECA Members who contribute with their high expertise in delivering strong and clear positions that benefit the cocoa industry.

On average, three projects (that typically run over a two to five year time-span) are administered and managed via the Research Fund at the same time.

Current and past projects include: