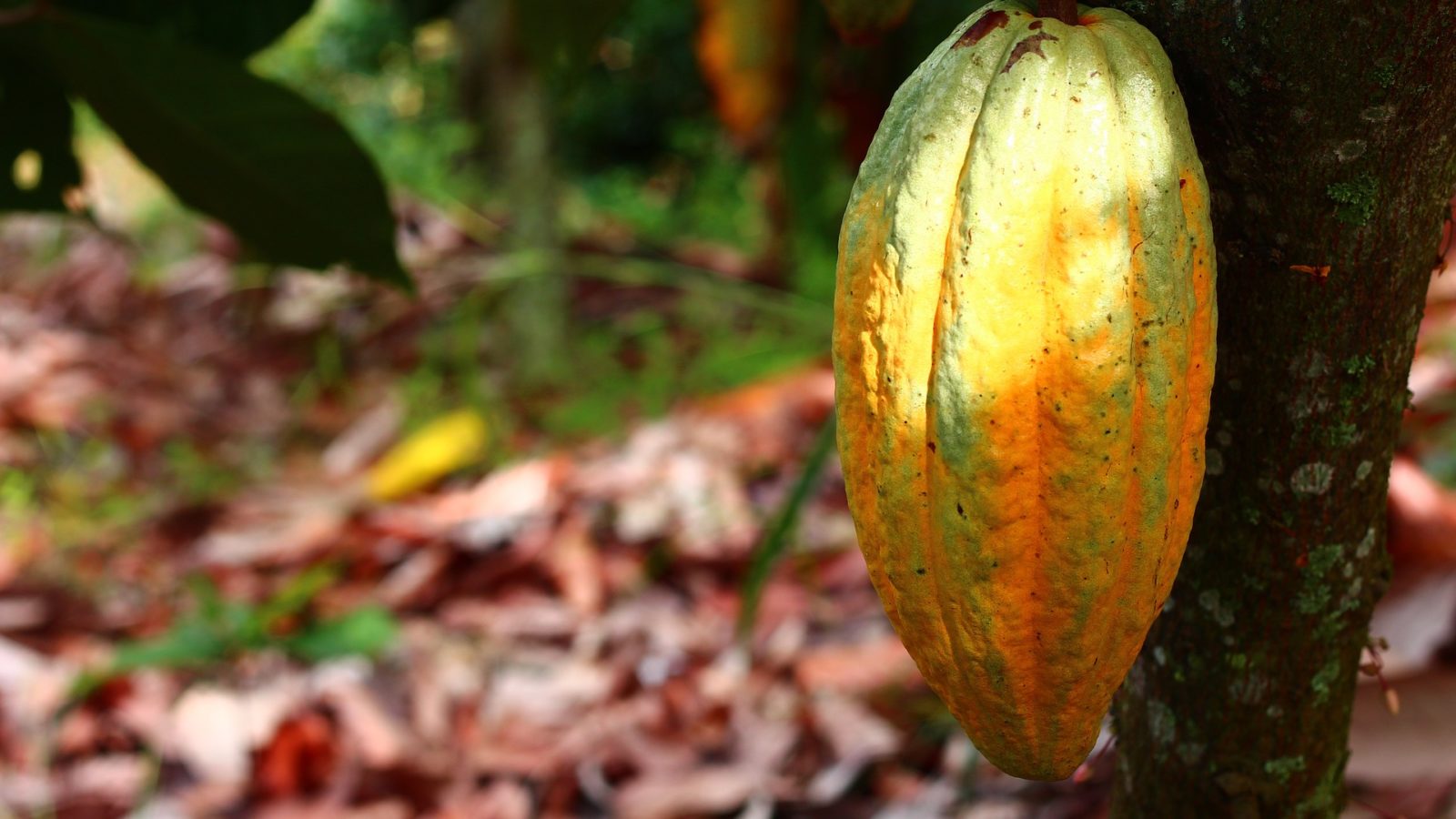 The bean and the tree

Cocoa products are made from cocoa beans, the kernels of the cocoa fruit. These fruits sprout directly from the trunk and the thicker branches of the cocoa tree. In the wild these trees can grow to a height of 15 metres. In cultivated forms they are kept shorter, up to 4 or 5 metres, in order to facilitate harvesting. Cocoa beans grow throughout the year, with thousands of small flowers.

Only between twenty and forty of these flowers develop into fruits, approximately 20 cm long and 10 cm wide.

Each fruit contains approximately forty seeds. These are the actual cocoa beans with a weight of about 1 gram each. The beans are white at the time of harvesting, when they are collected together with the fruit pulp and covered as the pulp subsequently becomes hot and starts to ferment.

During fermentation the distinctive aroma is created, while the bean turns dark brown. After fermentation the beans are dried, preferably in the sun. This is and will remain the best method. The dried beans are put into sacks and taken to port for shipping.

The unique taste and colour

The taste of cocoa is unique. It possesses a delicious aroma, used in many food products for extra flavour and colour. The best-known, but certainly not the only, cocoa product is of course chocolate, which is made from cocoa mass (or “cocoa liquor”), cocoa butter and a sweetening agent, usually sugar. In reality the type of bean and the drying process are not the only determinants of the final colour and taste. The manufacturing process also has a strong influence on the ultimate product. The colour of cocoa powder, for example, may vary from light orange-yellow to dark reddish brown.

There was a time when physicians attributed special medicinal properties to cocoa, as they did to tea and coffee. But in more modern times we consume this product of nature mainly because of its taste. Whereas cocoa mass is the main ingredient of chocolate (in the form of chocolate bars, chocolate vermicelli, or bonbons), cocoa powder is the ideal flavouring agent (in ice cream, dairy products, bread spreads, biscuits and sweets). Cocoa provides the finishing touch to food products ranging from special confectionary to cappuccino coffee and is processed in numerous other food products. After vanilla, the cocoa aroma is the most popular in the western world. In addition, cocoa has a double purpose: it adds flavour as well as colour. In short, cocoa products have become an indispensable part of our diet. 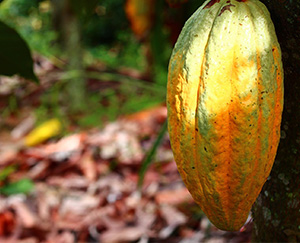 A healthy source of energy

Apart from its taste and flavour, cocoa is nutritious. The edible part of the cocoa bean – the ‘nib’ or kernel – contains about 55 % fat (with 36 % monounsaturated and 4 % polyunsaturated fatty acids) and 25 % carbohydrates. After roasting the nib contains approximately 12 % protein, 5 % water, 3.5 % minerals and vitamins, and 1.3 % theobromine. Cocoa powder contains a high proportion of natural fibre (nearly 30 %) and a relatively low number of calories (between 200 and 300 Kcal per 100 grams, depending on the percentage of fat).

From xocolatl to chocolate

The indigenous inhabitants of South America have known the secrets of the cocoa bean for over three thousand years. Columbus discovered the beans during his fourth voyage to the new world. When the Spanish conquistador Hernan Cortes conquered Mexico in 1521, he stole the recipe for ‘xocolatl’, a cocoa drink, from the Aztecs. The Aztecs customarily fermented and dried the cocoa beans, rubbed them into a powder and mixed them with water and herbs. This drink was so popular that cocoa beans served as a local currency. The conquistadors introduced the cocoa drink to the Spanish court, where sugar or honey were added.

Food of the gods for the people

For more than a century the Spanish managed to keep the recipe secret, but from the seventeenth century onwards the use of cocoa spread throughout Europe. First to the European royal courts, then to the well-to-do, and finally to the common people. At the end of the seventeenth century the drinking of cocoa had become so entrenched as a stimulant and medicine that it was even taxed. The world trade in cocoa was already at that time firmly in the hands of Dutch merchants. From the eighteenth century onwards this was also the case for the production of cocoa ‘cakes’, that is, a non-liquid form of cocoa mass, to which sugar has been added. In his botanical classification system, the botanist Linnaeus gave the cocoa tree the name Theobroma (food for the gods). 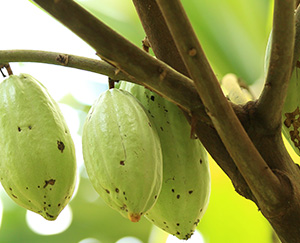 The beginning of the nineteenth century saw a revolution in the cocoa industry. Coenraad Johannes van Houten, of Amsterdam, came up with two important inventions. In 1828 he patented a method of pressing most of the fat out of the cocoa mass, which eventually yields cocoa powder and cocoa butter. He also thought of a method to enhance the taste and colour during the production process through alkalization.

These two inventions prepared the way for the Englishman John Fry, who invented (pure) chocolate in 1847. Chocolate is a product that remains solid at room temperature but has a melting point below body temperature. It also has a richer taste and is milder than drinkable cocoa made from cocoa cakes. In a short time, chocolate conquered the world and made cocoa important as a raw material. In 1875 the Swiss chemist Henri Nestlé invented milk chocolate. The wrapped chocolate bar was again a Dutch invention.

Only if it carries the name chocolate

Apart from cocoa, chocolate also contains a sweetening agent, usually sugar. For this reason chocolate bars are often used as compact sources of energy. Chocolate is popular as an appetite depressant and a standard part of survival rations. In many European countries (including the Netherlands) chocolate can only be called chocolate if it contains a certain minimum percentage of cocoa ingredients. In addition, no fats other than cocoa butter are allowed in the processing of chocolate. If the end product does contain such fats the result must be called ‘cocoa fantasy’ or ‘cocoa substitute’. White chocolate does not contain cocoa mass, but only cocoa butter, sugar, milk and vanilla.

There is no accounting for taste, or quantity!

The taste of chocolate varies from country to country. The British mainly like creamy milk chocolate, whereas the French prefer the taste of pure chocolate, and the Americans are bulk consumers of candy bars. The Dutch have no clear preference, although older people more often prefer pure chocolate and the young like milk chocolate. The top consumers of cocoa in the world are the Belgians (5.89 kg per capita per year), the Swiss (5.67 kg) and the Germans (4.22 kg).